John Skolas is a Managing Director with The Brownstein Corporation. He is an executive with a broad range of experience, including leadership roles in the management, financial, legal and intellectual property functions of technology, life sciences and entertainment companies. In addition to management and advisory roles, his work includes a wide range of restructuring activities and transactions, winding down businesses, patent licensing, managing litigation and creative transactions to realize value from unwanted assets. He is a founding shareholder and advisor to a healthcare start-up developing a proprietary smartphone app and database. He previously served as Liquidating Trustee by the Board of Directors of Genaera Corporation, and starting with less than 2 cents per share in net assets, he distributed 15.3 cents per share to former stockholders over the course of 18 months from sales of early stage drug development assets.

Mr. Skolas other previous representative engagements include: serving as financial advisor to a new media start up until the company was sold in 2012; Interim CFO and advisor to a medical imaging start up; Interim CFO of an internet advertising optimization company for which he secured asset based financing and refo-cused the firm’s financial metrics; modeling and analysis for an investor considering a factory restart in Aus-tralia; and economic research and analysis for a major branded pharmaceutical product. Mr. Skolas also worked with a high profile drug development entrepreneur to create a financial and business model for drug discovery geared to generate cash and more rapid investor exits from a portfolio of platforms.

For nearly a decade, Mr. Skolas served in financial, legal leadership roles in the multiyear restructuring and demerger of THORN EMI, a multinational conglomerate in more than 60 businesses, as that firm transformed itself into EMI Group plc, a recording and music publishing giant.

For EMI, Mr. Skolas’ work included numerous divestitures, M&A, management of a semiconductor patent licensing program that generated $240 million in royalties, management and divestiture of real estate on both coasts, winding down of unsuccessful businesses, closing a range of debt and loan facility transactions and culminated with design and execution of key steps in the $1.5 billion demerger and spin off of EMI’s rental and retail assets. Mr. Skolas served in various executive positions for EMI including five years as President and General Counsel of its subsidiary EMI Group Inc. EMI Group Inc. provided treasury, tax, administrative and legal services to EMI’s US subsidiaries. In that role, Mr. Skolas managed corporate transactions, a wide range of litigation and the residual assets and liabilities from closed and divested businesses.

Mr. Skolas holds an MBA from Harvard Business School, a JD from the University of Wisconsin and a CPA certificate (not in practice) from the State of Iowa. He is a member of the Turnaround Management Association. Mr. Skolas is admitted to the bars of Wisconsin and Minnesota but does not actively practice law. His early career included law practice as a partner in Muchin, Muchin, Bendix & Skolas S.C. and accounting practice as a Tax Specialist for Coopers & Lybrand, CPA. 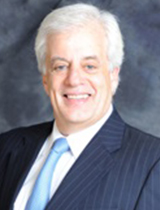